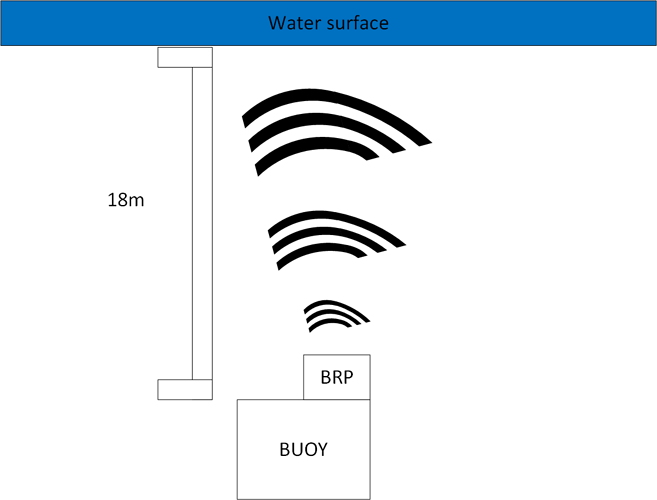 When it was tested in a small pool, with completely still water I got centimeter accuracy.
But when I tested it at sea, at about 18m depth the return I got from Ping1D() was only:
Distance NONE, Confidence NONE.

The logs from my raspberry show no issues with connecting to the sensor.

Have anyone else tried to use the Ping Sonar to measure the distance to a water surface?

As @ljlukis mentioned, a log of the profile data would be useful.

A couple of extra questions:

Default settings for the sonar.

It deviated from completely upright by about 10 degrees during a 10 minute test.
I also tested another echosounder at the same time (echosounders tested sequentially, so there was no interference between them) https://www.impactsubsea.co.uk/isa500/ and at least it was upright enough to get some readings.